Biennial award given for breakthroughs in understanding human intelligence 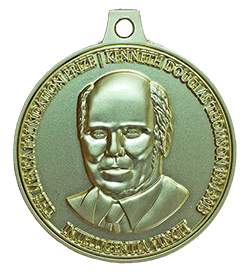 ARLINGTON, TEXAS, Aug. 29, 2018 — The high-IQ society American Mensa is accepting nominations for its second Mensa Foundation Prize, which rewards breakthroughs in the studies of intelligence and creativity.

The award is presented biennially by Mensa’s philanthropic arm, the Mensa Education & Research Foundation, was endowed by the estate of Kenneth Douglas Thomson, and includes a $10,000 prize.

It can honor applied and fundamental discoveries in areas such as brain-related research, creation of tools and mechanisms for advancing such research, or any significant research that leads to an improved understanding of human intelligence, including artificial intelligence. Discoveries must be documented in a major peer-reviewed scientific journal to earn consideration, and nominees will be asked to provide supporting evidence.

Nominations for the Mensa Foundation Prize can be made now until Jan. 31. An application and prize guidelines can be found at mensafoundation.org/FoundationPrize. Selection, made by a committee that includes accomplished Mensans and a Nobel Laureate, will be announced in the summer of 2019. Neither nominees nor nominators need to be members of Mensa in order to participate.

For more than 40 years, the Mensa Education & Research Foundation has advocated for intelligence by providing scholarships, promoting research, championing gifted youth, and empowering educators. Governed by a volunteer Board of Trustees, the Mensa Foundation is a 501(c)(3) organization funded by American Mensa, Mensa members, and other charitable donations.