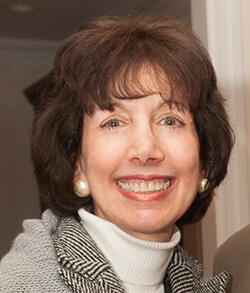 ARLINGTON, TEXAS, June 24, 2019 — Marcia Blackstone Maull, a music teacher and performer and the Chair of the Theory Program for the Music Educators Association of New Jersey, is the 2019 winner of the Mensa Foundation’s Distinguished Teacher Award.

“She championed unique assets and tended individual challenges,” Ms. Byerly said. “What stayed with me most, however, was not just the detail of small phrases or large works. It was what she shared about the art of mastery, the discipline and focus that results in the euphoria of realizing one’s aptitudes.”

Before making her home in New Jersey, Ms. Maull worked in New York City, where she was a vocal accompanist and rehearsal pianist for the Opera Orchestra of New York, the Mostly Mozart Festival, and the New York Choral Society. She accompanied for conductors Eugene Ormandy, Robert Shaw and others, as well as opera singers Leontyne Price, Montserrat Caballe, and Marilyn Horne.

In South Africa, besides teaching, Ms. Maull recorded as soloist and chamber music artist for the South African Broadcasting Corporation and served as keyboardist for the National Symphony Orchestra.

Given annually, the Mensa Foundation’s Distinguished Teacher Award recognizes a teacher, professor or instructor at any educational level who has had an especially positive influence on the education or life of a Mensan. In Ms. Byerly’s nominating essay, she referenced how Ms. Maull’s “ancestry of influence” is still connecting lives.

“My 15th birthday may be a distant memory,” Ms. Byerly wrote, “but between 15 and 60 lie 45 years of inspiration that have affected my every day and every student that I teach now, too.”

For more than 40 years, the Mensa Education & Research Foundation has advocated for intelligence by providing scholarships, promoting research, championing gifted youth, and empowering educators. Governed by a volunteer Board of Trustees, the Mensa Foundation is a 501(c)(3) organization funded by American Mensa, Mensa members, and other charitable donations.